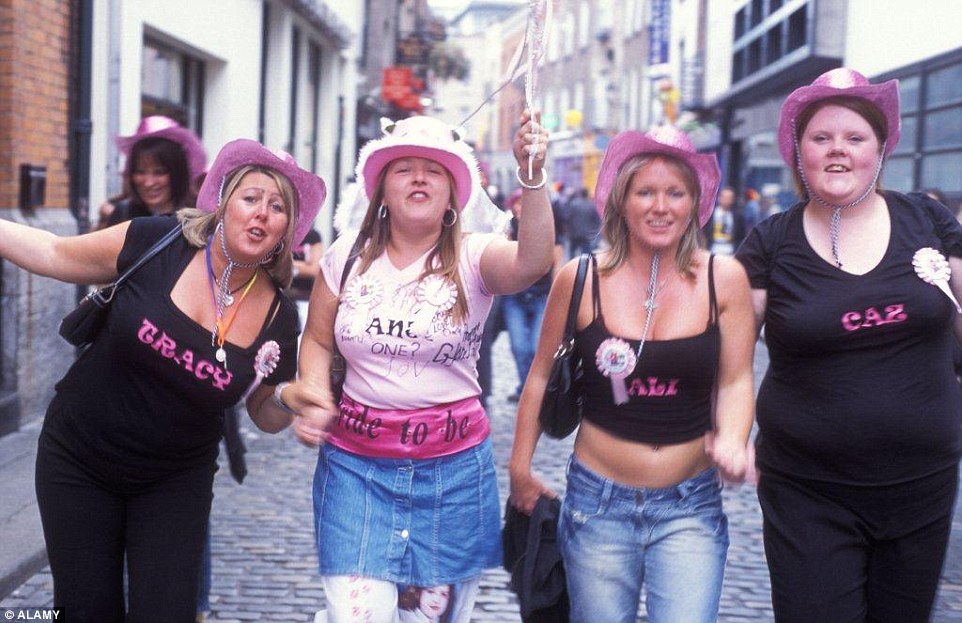 It’s Riga in February, Dublin in January and Ibiza in March.

Research has revealed what months of the year are cheapest for stays in some of the most popular European party destinations.

Unsurprisingly, London is the most expensive destination, with an average hotel price of £179 per night. This is followed by Amsterdam, Marbella, Ibiza and Edinburgh, with prices ranging from £124 to £127 per night.

Dublin is a popular destination for hen parties, and although March is the recommended month as the country celebrates St Patrick’s Day, January will be the cheapest to book in for

London is the most expensive destination, with an average hotel price of £179 per night. This is followed by Amsterdam, Marbella, Ibiza and Edinburgh

The cheapest destination is Riga, at just £62 per night. This is followed by Budapest and Prague, at £68 and £78 per night, respectively.

Ibiza and Marbella are summer destinations, where up to £143 per night can be saved by visiting in off-peak months such as February and March.

The same is, surprisingly, true for Edinburgh, where a hotel costs £81 per night during January, but increases to £213 during the Edinburgh Festival in August.

Riga and Budapest display the least seasonal price differences, with prices only varying by £23 or £27, respectively, over the course of the year.

By booking the stag and hen dos at the right time, there is a lot of money to be saved at some of the popular European spots 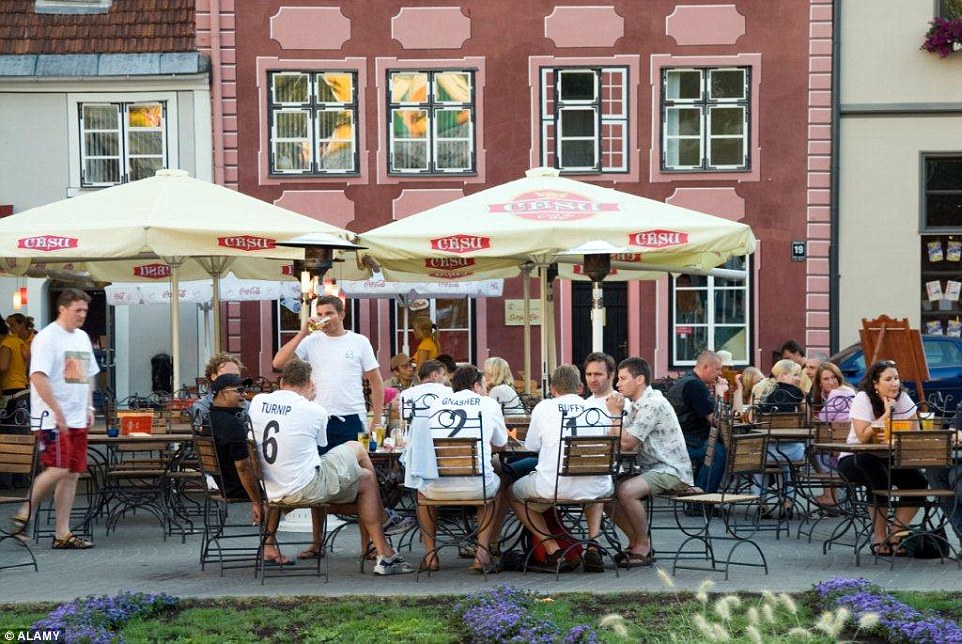 Riga is a good choice for stag parties in August, just as it is a lot cheaper than others at the height of summer

Denise Bartlett, UK Public Relations at Trivago said: ‘With more and more Britons deciding to celebrate their stag or hen do abroad, we wanted to help travellers choose where and when to travel according to their budget.

‘With hotels ranging from £52 per night in Riga during February to £225 per night during Marbella in August, timeliness is essential when deciding on the destination. Up to £143 can be saved per night by travelling during the right month.’ 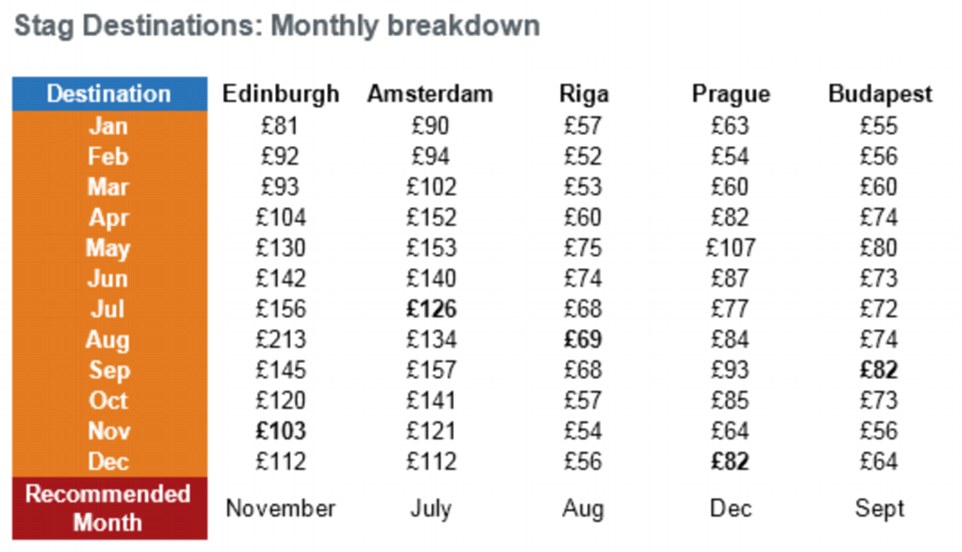 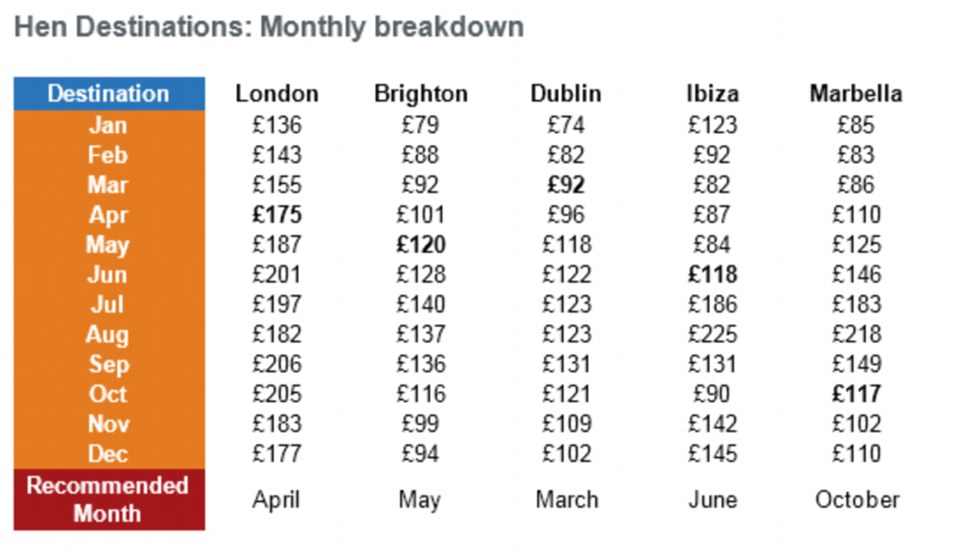 A spokesperson for Trivago added: ‘We recommend visiting Edinburgh in November to catch the beginning of the Christmas markets. Amsterdam is best visited in July, where hotel prices dip slightly between June and August. Riga is cheap year round, so can be visited in August – when other destinations are usually more expensive.