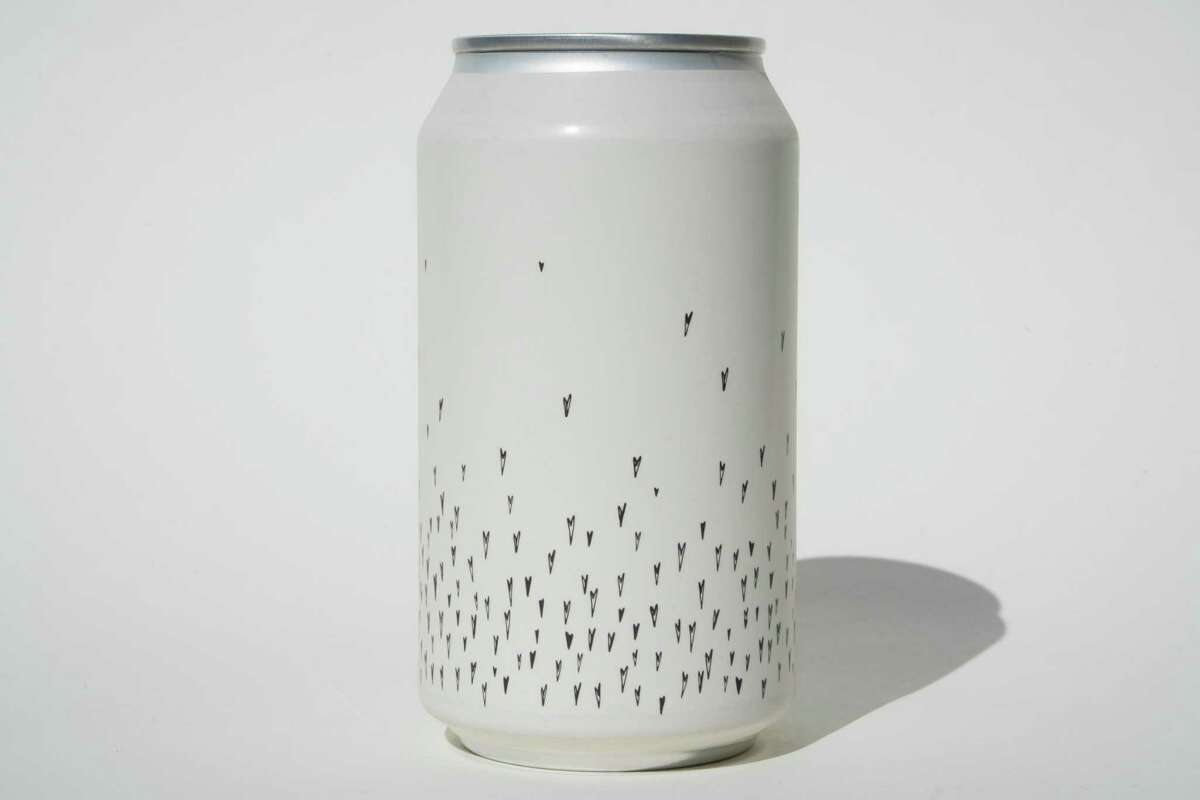 The 12 best canned wines and more for summer camping

It used to be that cans were the near-exclusive domain of cheap beers and sodas. Not anymore: We now drink all sorts of beverages from aluminum cylinders, highbrow and lowbrow alike. The canned landscape spans wines, cocktails and ciders, along with newer additions to the alcoholic-drink canon like hard seltzer and hard kombucha.

Cans confer all sorts of advantages, especially for drinkers planning a summer camping trip. They’re light, easily portable and acceptable in certain places where glass is prohibited, like some campgrounds, parks and beaches. They stay cold longer than most bottles. They happen to be more environmentally sound than other types of packaging, according to the sustainability-ratings firm Finch.

Americans’ consumption of “ready-to-drink” booze — that’s how market experts describe the category that includes canned drinks — grew by 14.5% in 2021, after posting volume growth of 61% the previous year, industry analyst IWSR found. Canned cocktails in particular are booming, increasing by volume more than 42% last year. The category is expected to keep growing at a steady clip through at least 2026.

Statistics like that might have sounded far-fetched a few years ago, especially when it comes to wine. Only recently have drinkers embraced the idea that wine in a can could taste passable, let alone really good. As canned wines have gotten better, the stigma around them has softened too. In fact. the problem facing drinkers now is that there’s almost too much good canned booze available. How to choose?

To help you allocate your drinking budget this summer, we’re highlighting our favorite canned alcoholic drinks from Bay Area producers. In the interest of simplicity, we left beer off this list; you already know where to find amazing canned beer. Instead, we focused on canned wines, cocktails and newfangled hybrid types — hard ginger beer, fermented blueberries, guava-and-apple cider. There’s even (cringe) a hard seltzer on this list, and no, we’re not apologizing for it.

Here are the 12 Bay Area canned drinks that we, The Chronicle’s wine reporting team, will be cracking open all summer.

Berkeley-based Broc Cellars, one of the early phenoms of the natural wine movement, produces four of its wines in cans for convenient consumption. A unique blend of Chenin Blanc and Muscat grapes, the Love Sparkling (12% ABV) is not only Broc’s most unconventional canned offering, it’s also downright delicious. Light, pleasing and refreshing on the palate all at once, it’s full of subtle citrus notes like lemon, lime and green apple. If you paired this with breakfast, I wouldn’t judge you. — J.L.

Far West Cider You Guava Be Kidding Me

Far West Cider Co. in Richmond is making some of the best hard ciders in Northern California, and it’s been turning out plenty of fun experiments that combine its estate farm’s apples with other fruits. You Guava Be Kidding Me (6.3% ABV), made with Brazilian pink guavas, has quickly become one of Far West’s calling cards. The cider’s pungent tropical aromas explode from the can, balancing guava’s racy sourness with a light sweetness. Fans of sharp, fruity white wines will find a lot to love here, as will beer drinkers who seek the tropical-tasting hazy IPAs that are currently in vogue. — E.M.

Most hard seltzer is bad — offensively bad, if you ask this wine critic, reeking of chemically tasting flavors and artificial sweetness. The exception to the rule is Ficks, a San Francisco company that got started making cocktail mixers and then got into the hard-seltzer game just as White Claw began blowing up. Rather than the malt base used in most hard seltzers, Ficks makes its drinks from fermented orange juice and does not add any sugar at the end. The flavors actually taste like fruit, not like a chemical approximation of fruit, and the grapefruit version (5% ABV) will sate any craving for that deliciously bitter citrus. Drink it on its own in place of that pamplemousse La Croix, or mix it with mezcal for a makeshift Paloma. — E.M.

Typically, ginger beer is nonalcoholic — and very sweet, with popular brands packing more than 40 grams of sugar per can. St. Helena’s Donna Katz has flipped the ginger-beer script, producing a drink that’s totally dry, without a trace of residual sugar, and also lightly alcoholic, at 4.5%. Best of all, her recipe does not shy away from ginger’s piquant intensity, lifted further by bracing carbonation. Each gulp is a jolt to the palate. The G’s Hard Ginger Beer line comes in several flavors, and one of the best is Wild One, which adds mint and lime to the ginger base. It tastes like a spicy, but lighter-impact, take on a Mojito. — E.M.

This female-founded canned wine company has opted for a more manageable serving size than most canned wines on the market: 250 ml, or a glass and a half. This means they are easier to pack and less likely to get you too toasty too quickly. The best way to describe the Just Enough Rosé Bubbles (11% ABV), a blend of rosé of Pinot Noir and French Colombard, is pretty — and not just because of the stunning peach hue. Slightly tropical with a floral nose, it’s light, crisp and will pair well with almost any food. — J.L.

Mother-daughter team Melinda Kearney and Michèle Ouellet have been producing elegant rosé under their Lorenza label since 2008. They now release a canned version that adds some fizz to their flagship pink wine. (Unlike a spritz cocktail, there are no additional ingredients. However, it could easily be made into a traditional cocktail by combining it with vermouth and soda water.) A blend of Carignan and Grenache, two of the grape varieties used in classic Provencal rosés, the Lorenza spritz is a simple pleasure: delicate in color and intensity, and bursting with searing acidity, with straightforward notes of strawberry and orange blossom. — E.M.

Maker Wines partners with California winemakers to make an array of canned wines, like this Cabernet Pfeffer (13% ABV) from Nicole Walsh, the owner and winemaker at Ser Winery in Santa Cruz. This peppery red wine is light and easy drinking with notes of cranberry and pomegranate — and without the big tannins one might expect from a wine with “Cabernet” on its label. That’s because Cabernet Pfeffer isn’t related to Cabernet Sauvignon at all. Also known as Mourtaou, this obscure French grape is all but extinct in France, and there’s only about 15 acres of it planted in California — so this can is a rare breed. Walsh sources her Cabernet Pfeffer grapes from 120-year-old vines on the Wirz Vineyard in Cienega Valley, 25 miles outside of Monterey. — J.L.

Mill Valley’s Salt Point makes a range of canned cocktails, like a margarita and a Moscow mule, that are among the best available. To start, look for the gin highball, a carbonated concoction of gin, lemon and cucumber. Although cucumber flavors in mass-produced drinks can often veer cloying and artificial, Salt Point’s reproduction is relatively faithful, resulting in a bright, thirst-quenching drink that tastes like it could have come fresh from a bartender. At 10% alcohol by volume, each can contains the equivalent of two cocktails. No shame if you want to pour it over ice and add a lemon slice, but as long as the can is cold, no doctoring is necessary. — E.M.

Napa wine pros Gina and Jake Schober are trailblazers of the canned wine trend, starting Sans Wine Co. in 2015. Sourced from an organic and dry-farmed vineyard in Mendocino that was planted in 1943, this Carignan (12.5% ABV) is rich in blue and purple fruits, like blackberry and plum. Made with a winemaking technique called carbonic maceration, it has a slight effervescence (kind of like sparkling wines) and is meant to be served chilled. Medium bodied and slightly tannic, this Carignan is not as crushable as some of the others on this list, but would pair well with grilled meats. — J.L.

The Serres family has farmed on a Sonoma ranch since 1924, and now they’ve combined their two crops — grapes and blueberries — into a canned sparkling wine. The grape used in Bleusé (8.5% ABV) is Aleatico, an obscure variety grown primarily on the Italian island of Elba, while the blueberry component is from the varieties Blue Gold and Duke. It all results in a delightfully fizzy, barely sweet concoction with juicy, pure, tangy fruit flavors. (There’s another Sonoma winemaker, Michael Terrien, who makes great canned blueberry wine but sources the grapes from Maine.) — E.M.

The Space Age Rosé Spritz is a fizzy offshoot of Grounded Wine Co. winemaker Josh Phelps’ easy-drinking Space Age rosé, a bottled wine made from Central Coast Grenache grapes. At 5.5% alcohol, it’s everything you crave in a refreshing summer sip. The Meyer lemon flavor takes a backseat to a big, bright burst of strawberry, which conjures up nostalgic memories of saltwater taffy following a beach day in Bodega Bay. — J.L.

Co-founded by San Francisco native Arthur Gallego, SunDaze cocktails are made via a patented process of naturally fermenting orange juice into alcohol. And beware: At 6% ABV, these cans are sneaky. The booze is barely perceptible in the Botanical Citrus concoction that tastes like a mimosa with ginger and a pinch of rosemary mixed in. (Hello, brunch.) Pro tip: To elevate the booziness, splash in some vodka to make a gingery screwdriver. — J.L.